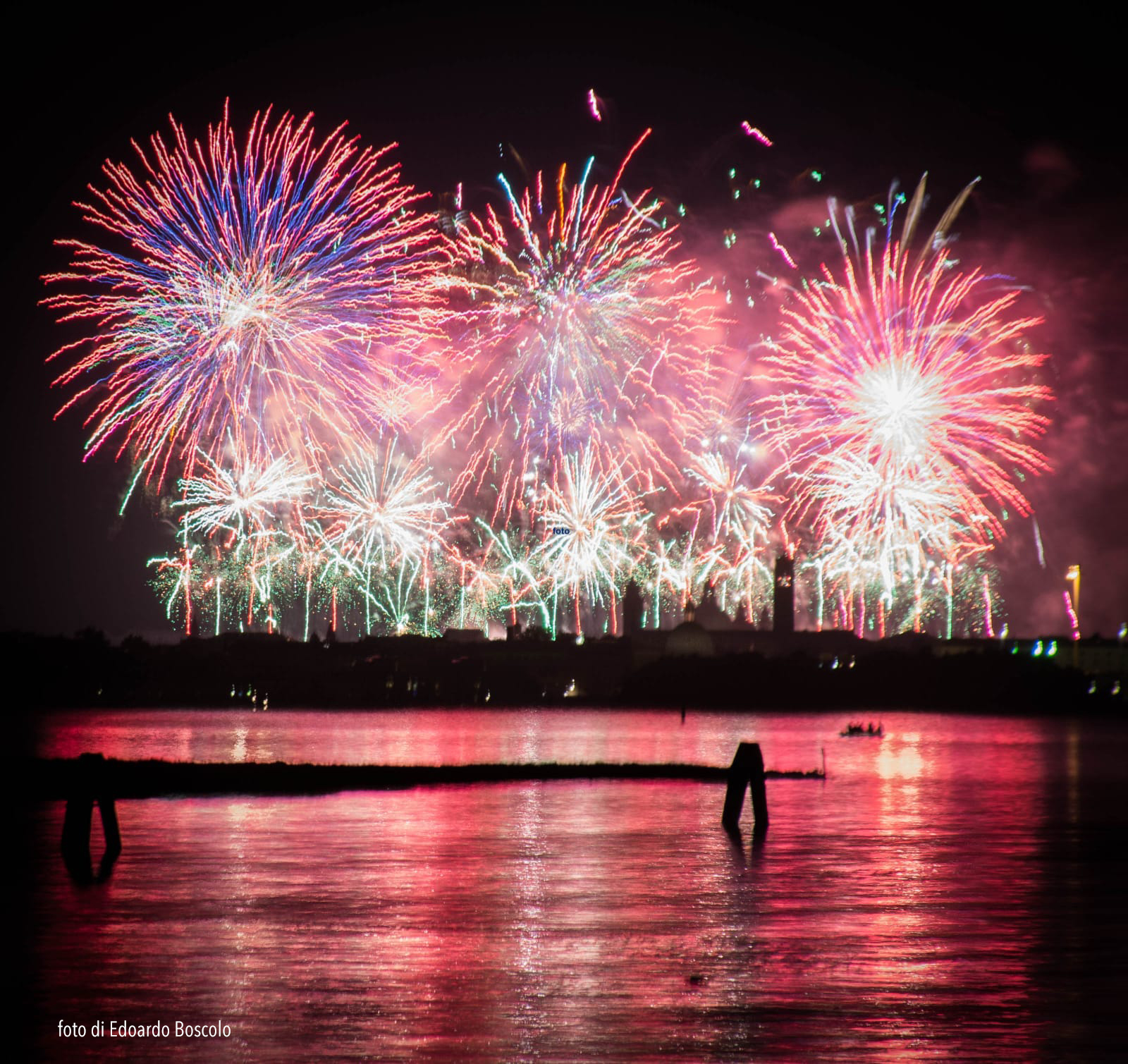 VENICE: FEAST OF THE REDEEMER

The Feast of the Redeemer is one of the most famous events in the lagoon city that celebrates the end of the 16th century plague that heavily decimated the population. Due to the health emergency linked to the Covid, this year the mayor of Venice Luigi Brugnaro has decided to suspend the majestic fireworks display that attracts millions of visitors every year. Therefore, only the votive bridge, set up between the Zattere and the Redentore Church on the Giudecca, will be the focus of the event for the 2020 edition....

The Feast of the Redeemer is defined as one of the most heartfelt festivities for Venetians, but every year it recalls one of the darkest and most terrifying moments in history: the plague that struck the lagoon city towards the end of the 1500s, causing the death of over 50,000 people in less than two years. During the 16th century, the city was becoming one of the most important artistic centres in Italy, especially thanks to its flourishing trade and mercantilism as well as the wealth of its emporium, but in 1575 it is thought that infected merchandise arrived in Venice from Hungary, bringing the plague. In December of that year, the cases were so slight and sporadic that it was believed that the disease was already extinct, in reality it was only the beginning of a series of fatal errors of judgement that contributed in a decisive manner to the wide spread of the epidemic. In fact, with the arrival of spring, the pestilence exploded with all its violence to the point of transforming the city into a veritable lazaretto. No social class was spared: nobles, commoners, old, young, women and children of any age were indiscriminately affected by the terrible disease, even Tiziano Vecellio was carried away by the plague. During 1576, when the disease seemed invincible, the Senate of the Republic asked for divine help by vowing to build a church dedicated to Christ the Redeemer. Having quickly chosen the form and location, the work was commissioned to the architect Andrea Palladio who, in May 1577, laid the first stone of his project. On the following 20th July the end of the pestilence was celebrated with a procession that reached the church by means of a pontoon bridge from the Zattere, starting a long tradition that is still alive today. Today this holiday attracts every year, besides Venetians, thousands of tourists from all over the world who come to Venice on the third Saturday of July to watch the magnificent fireworks that, rising in the sky from St Mark's Basin, illuminate with their colours the splendid buildings of the city and the lagoon. Among the traditions, the boat party is one of the oldest: at sunset on Saturday thousands of boats lit up and decorated with many coloured balloons take place in St Mark's Basin and the Giudecca Canal. For the Redentore night, the program remains unchanged every year: dinner all together with traditional Venetian specialties - pasta and beans, sardines in saor and plenty of wine - accompanied by dancing and music to get to the most awaited moment of the festival, the wonderful fireworks. Unfortunately, due to the health emergency, the Redentore program will be scaled down this year. The appeal was made by the mayor Luigi Brugnaro who began: "I apologize to the citizens and to those who, with me, worked until the last minute for the organization of the event.. In the last few days the data on the health emergency, even in our region, have indicated a slight increase in the infection index. Venice is, and has always been, a safe and responsible city, we cannot afford to risk the health of its citizens and frustrate the great work that has been done in recent months to get it back on its feet.". The plague pandemic that struck Venice and the whole of Europe at the end of the 1500s has a certain similarity with the current situation we are still experiencing with the Coronavirus. History is nothing but a cycle of courses and recurrences, in which men follow each other cyclically and some facts, even at a distance of time, are repeated in the same way. - Giambattista Vico claimed. By pure chance or by some divine design is not known, but in history that there are constants is a fact and this latest pandemic is certainly not the first that humanity is facing. We look forward, therefore, confidently to next year to witness this traditional spectacle of fireworks that only this festival can give the Venetians and its visitors.