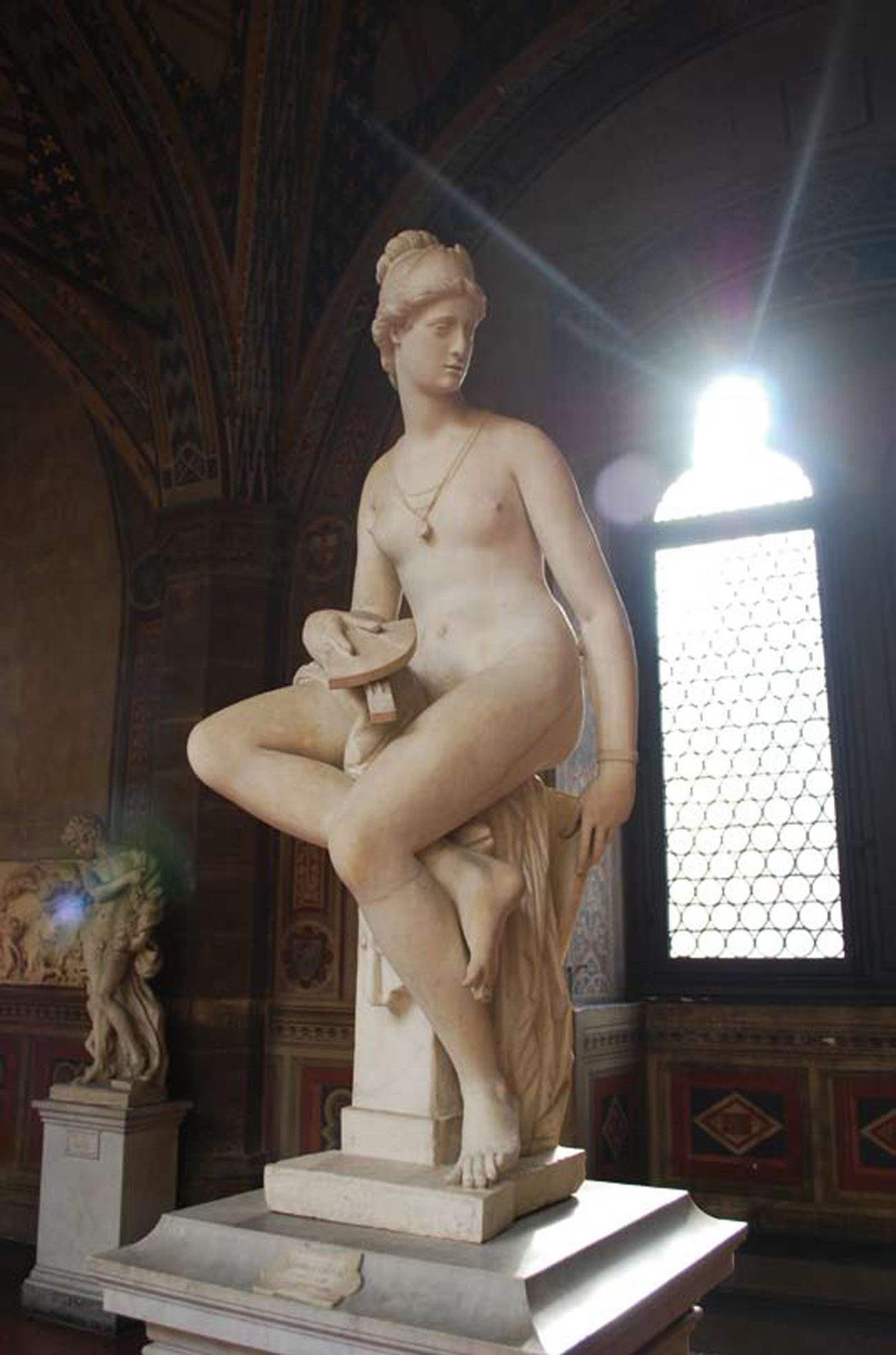 The Bargello was built between 1255 and 1261 for the Captain of the People and was therefore once a symbol of authority and power in Florence. Its unknown architect (or architects) took his inspiration from the Castle of the Counts Guidi at Poppi and the same design was used for almost all the town halls in Tuscany.

The building later became the residence of the Podestà (1261) and other magistrates. However, in 1574, it was downgraded to become the headquarters of the Captain of Justice, the Bargello or head of the police force. It served this purpose for three centuries, earning itself a sorry fame as a prison but, after the Risorgimento, it was completely restored, becoming the National Museum in 1865. The high battlemented tower, known as the Volognana, was built in the 12th century as a private tower house. The splendid inner courtyard, with its arched porticoes and 14th to 16th century coats of arms, has retained all its original medieval aspect. The staircase on one side is by Neri di Fioravante, closed off by an iron gate attributed to Giuliano da Sangallo. The fine Hall of the General Council, also designed by Neri di Fioravante, now the Hall of Donatello, contains many works by the great Florentine sculptor, among them the bronze ‘David’ (1430 ca.), the first nude of the Renaissance, made for Cosimo the Elder, and the St. George carried out for Orsanmichele. Apart from sculptures by Desiderio da Settignano, Michelozzo and Verrocchio and ceramics by Luca della Robbia, the museum also contains works in bronze by Giambologna and Benvenuto Cellini, as well as the two bronze panels by Ghiberti and Brunelleschi for the competition of 1401 for the North Door of the Baptistery, won by Ghiberti. The Michelangelo Room contains the great sculptor’s Bacchus, Pitti Tondo, David Apollo and the Bust of Brutus, together with works by Jacopo and Andrea Sansovino, Ammannati, Baccio Bandinelli and Tribolo. The Chapel of Santa Maria Maddalena (frescoes by the school of Giotto), on the first floor, has only recently been restored and opened to the public. The museum also contains paintings, majolicas, gold and silverware, weapons and ivories from various collections.